June and the first part of July has had GroundTruth pinging through East Africa … the capitals of Dar es Salaam, Kampala and now Nairobi. We’ve met to help figure out the shape of future projects, held workshops with slum-dwellers students and government-staff, attended conferences, checked in with old friends and probably met hundreds of people. Was so nice to link together the mapping communities throughout the region, and note how each is developing in its unique way. This post focuses on the middle part of the trip, which revolved around a two day mapping and reporting workshop at Makerere University in Kampala.

Our co-conspirators for the week were Fruits of Thought. Douglas, Ketty, Kim and Renier have been holding mapping days over the past year, steadily building OpenStreetMap data and community in Kampala and throughout Uganda. They’re now ramping up for a 5 city mapping tour, supported by Indigo Trust. We were also joined by Mark Iliffe, who’s booming Navy trained voice and experience in mapping (we worked with Mark in Tandale) were key assets for wrangling the workshop group; and Kepha Ngito, executive director of the Map Kibera Trust, bringing the his experience and perspective. The collaboration started pre-arrival, right on the OSM Wiki. Then, we spent a few days camped out on the porch of the Mountbatten ranch, drinking plenty of coffee, and mashing together lots of ideas into what was a successful workshop, and I think a model for future workshops. (Douglas, Ketty and I had the special pleasure of configuring new GPS units, using this guide, which Douglas even updated in parts, and I hope we can integrate into LearnOSM.)

The workshop brought together 20 first year urban planning students from Makerere, eager to gain new skills in real world situations; and 8 staff from the Ministry of Lands, Housing and Urban Development, who are looking to see how community generated information can help inform larger programs. All was held in the remarkably good and spacious facilities at Makerere. More on what shape this all can possibly take hopefully soon, we’re waiting to hear more.

Day 1 was very familiar territory for all of us. The goal was to bring the group through the entire process of OSM, and this went pretty much as well as you could ever expect. Not unexpected that this would be a sharp group. Here’s the before and after.

But before all that, we wanted to set the space, and emphasize this was the participants’s workshop, with their responsibility to guide it themselves in order to get what they want out of it. Took a few tricks from the epic facilitator Gunner, especially from the useful Facilitation Wiki, and threw in some of our own tricks. Of course Opening Circle, with quick 3 part introduction (name, affiliation, mood in one word). And to warm up our voices we went with “What was your first experience with a computer?”, which is always interesting, and in this case clustered around a first experience in high school for the Ugandans (who seemed to have had a nicely equipped education), and a bunch of us who first touched a computer before most of the students were born. To get moving, we “mapped with our feet”, mapping out our home cities by placing ourselves around the room, and then set up mapping groups by bringing together someone each from the SW, SE, NE, NW of Uganda.

All I know is facilitation is hard, and since then I have studied keenly how the events in Nairobi, ODDC and Global Voices, pulled together creative spaces.

Got some good feedback at the end of the first day. We should have emailed out some advance notice of the order of the day and the requirements, and started the discussion of what everyone was hoping to get from the event (yes, read that too late in the Facilitation Wiki). Handouts would be helpful (or at least advance link to LearnOSM). And when we divided the mapping pie, the participants asked for more clear guidance on which areas they should map, because groups ended up overlapping. GroundTruth usually leaves this admittedly confusing step to the participants, because thinking through this and debating with each other is a great way to warm up the geographic collaboration; perhaps we need to think more on how to guide this step better.

Day 2 opened with so much, we’re going to cover that in an upcoming guest post by Kim from Fruits of Thought.

In the afternoon, we dove into reporting. Erica led a discussion on why community reporting is important and the role it plays in engagement, empowerment, and connection; what kinds of things to report; the spectrum of kinds of reports in traditional and social medial; and how to report. For a workshop, one of the easiest ways to get rolling is setting up a Crowdmap instance, Makerere 2012, so we went upstairs into lab for a demo of Ushahidi, and examples from Kenya and Tanzania. The groups that formed yesterday for mapping came together again to produce at least one story on Ushahidi, combining text, images, and the location on the map they created the day before. The focus: their community, the University, and what kinds of things needed attention.

The lab really started buzzing. After an hour after concerted effort, the groups started presenting back their reports.

They were excellent! Just a few are this report on waste management at the University, local culture 🙂, and more… 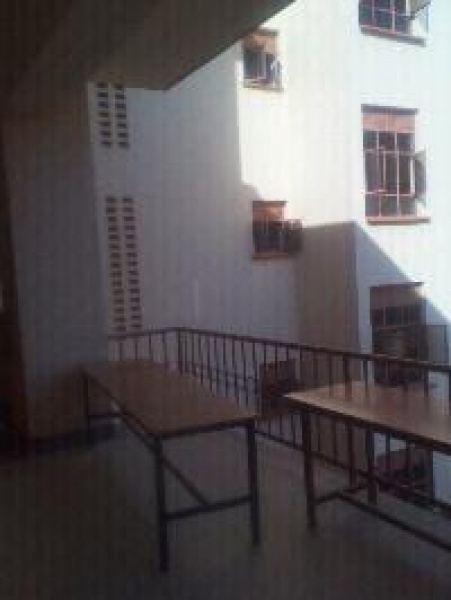 … including some feedback on the workshop itself! Afternoon Tea Break Missing on Day 2 was an aweseom sly joke but great example of what’s possible with public feedback. The tea break was missing on day 2, and some complained, and photographed the empty tea table, but through the process of reporting learned that it was democratically voted on. Myself, the “service provider”, was able to get in and comment, and encourage them to speak up more in democratic processes! I also learned, even if no one is taking tea enthusiastically (like on day 1), never a good idea to skip the tea!

And on that note, a shout out to the Food Science Kitchen at Makerere, who fed us well over the two days. And a super wow to the Little Donkey, the Kampala based social enterprise serving the best and most suprising Mexican food I’ve had outside of North America. They also house s7 computer school, which hosts regular mapping workshops. Wow. My euphoria was aided by an epic boda boda ride right across Kampala with my life intact.